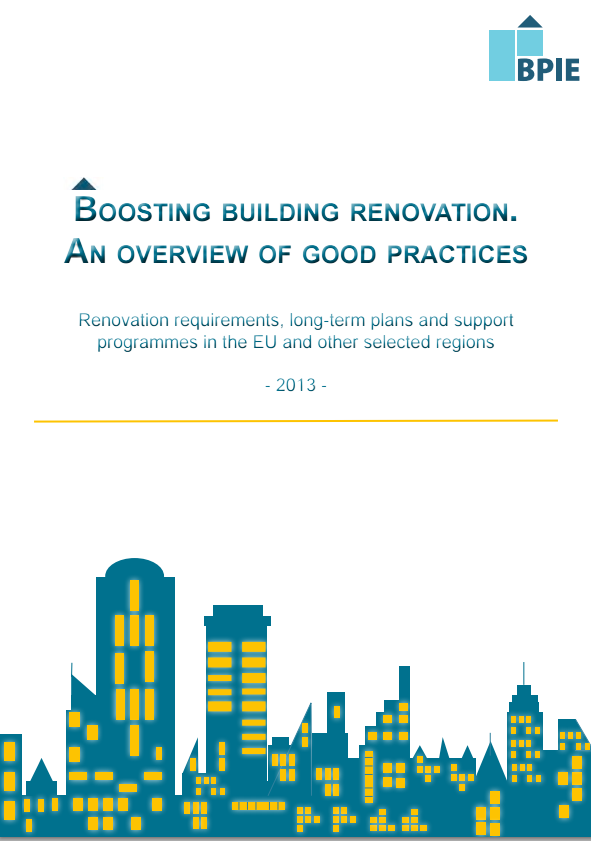 Best practice cases in policy implementation from Europe and beyond can encourage future programme development and their execution on the ground. At the end of September 2013, the French government reaffirmed* its ambitions to significantly increase building renovation rates, with the overall goal to refurbish 500 000 buildings annually by 2017.

To support the French debate on renovation roadmaps, the French NGO CLER commissioned BPIE to prepare a report on successful building renovation programmes, as an overview of good practices in Europe and around the globe. This report was produced to complement a national consultation on the subject, with many stakeholders, from building-industry and real-estate associations, environmental organisations, consulting firms and ministries (Housing and Environment / Energy).

This study focuses on existing (or planned) regulations and programmes in selected countries, including long-term plans for building refurbishment, adopted by EU member states and regions. The report provides several guiding principles that EU Member States should consider when developing ambitious renovation plans as required under the EU’s Energy Efficiency Directive.

* Opening speech by the French President François Hollande of the Environmental Conference, September 20 2013

Download the presentation delivered by BPIE in November 2013 in Paris, France (in French) at the Ministry for Ecology, Sustainable Development and Energy

A guide to developing strategies for building energy renovation